Be the Perfect Directioner
There isn’t a way to be the perfect Directioner, but if you want ti get a good start you should ALWAYS count Zayn as part of the band. Providing love and support to the 5 most wonderful boys- now men is all you need to do. It is all in your heart. Here you will find some tips, tricks and motivations to get you started.

Part 1 of 3:Supporting the Band 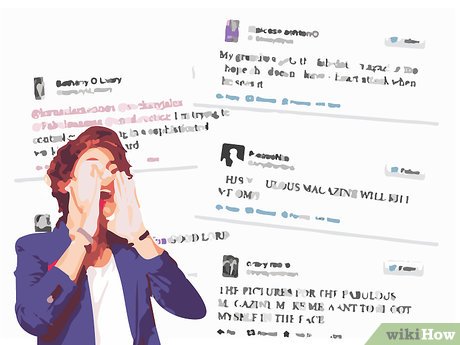 Show your support. Now, this can be taken in any way that you like. You could buy merchandise, you could send them nice tweets on Twitter, and everything in between. You could also follow One Direction fan accounts on Instagram and the such, or set up a fan account yourself! Do whatever makes you feel comfortable, but no one will force you to prove to the entire world that you are a Directioner.

2. Like One Direction for their own selves and their music, not just their looks 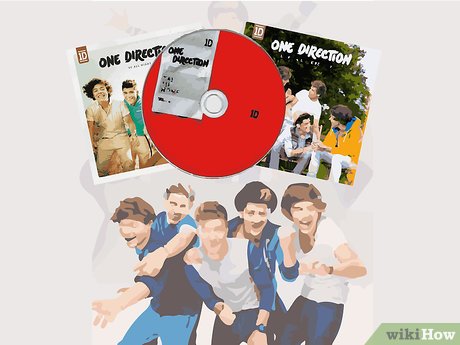 Like One Direction for their own selves and their music, not just their looks.

3. Learn all their names, nicknames, birthplace, and so forth 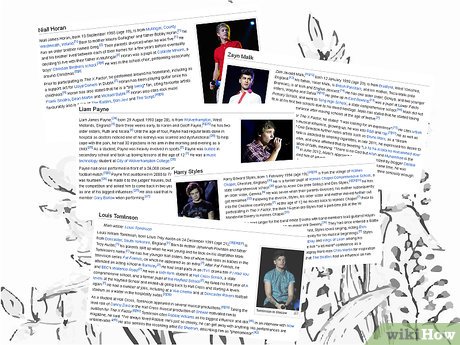 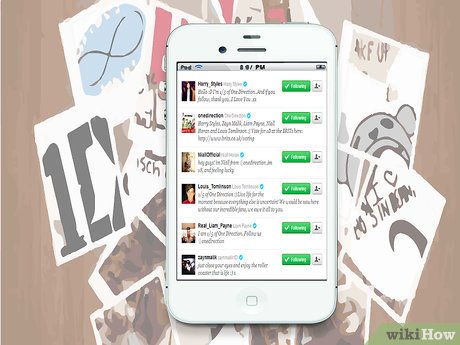 Part 2 of 3:Enjoying the Band’s Outputs 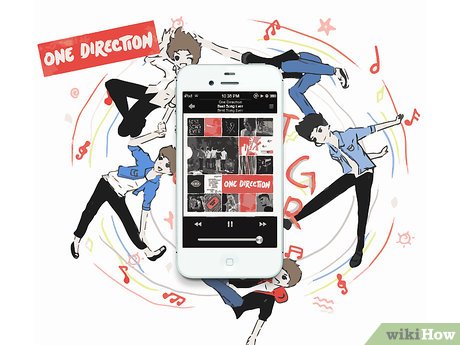 Buy their albums/music. Don’t feel bad if you don’t have all of their albums. Don’t worry. Go to YouTube and type “One Direction Full Album” and enjoy the good music, all the albums are there. Also, a little secret is that most Directioners don’t like every song, even though we don’t say it. We have favorites and those that we sometimes skip on shuffle. Maybe you just aren’t in the mood of the song. If you don’t like a song, just keep it to yourself!
Listen to a couple of their songs to get started. Two famous ones are “What Makes You Beautiful” and “Midnight Memories”. 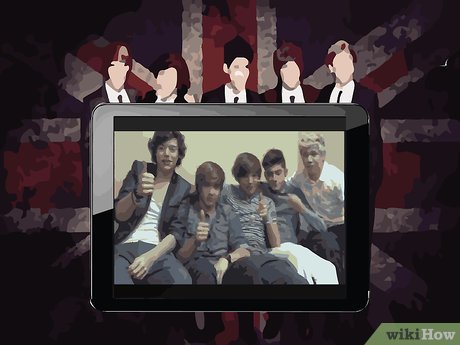 Watch their X-Factor Days. If you didn’t know, One Direction were formed on the UK version of X-Factor, Season 7 in 2010. All of their performances, including the separate boy’s auditions and the moments they were formed, are on YouTube. It’s also recommended that you watch their video diaries, as well. It’s mostly the boys being themselves, and that is where the phrases No, Jimmy Protested and I like girls who eat carrots are from, as well as many others. Some Directioners like to constantly say these inside jokes, which is perfectly fine. That’s kind of the point anyway. Just because they were made ten years ago, does not mean they are old. Still in the fandom they are referred to as “carrot jokes” since they have been used so many times. You should know when it’s a good time to make a carrot joke.

Part 3 of 3:Being a Perfect Fan

1. Respect them all equally 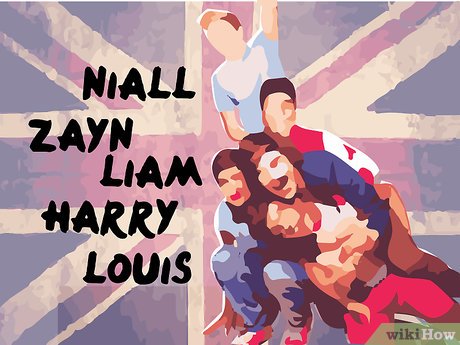 Respect them all equally. We love them all equally and don’t exactly have a favorite. You may fancy one more or have that special place in your heart for one of them, but you do not have a favorite. Choosing a favorite member is like choosing a favorite child. Don’t only like one or two and not care about the rest. That’s just not how we roll. Though we do categorize each other by saying like “Oh, I am a Harry Girl, I am a Niall Girl, I am a Liam Girl, I am a Zayn Girl or I am a Louis Girl!”. That isn’t exactly a favorite, it’s just that boy who took the special spot for you.

2. Learn all their inside jokes but don’t use them too much 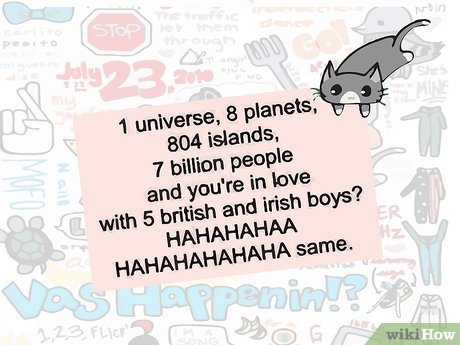 Learn all their inside jokes but don’t use them too much. If you do this, you will be labeled a ‘carrot’ by the rest of the fandom. A good place to find a lot of the jokes used by other directioners is their video diaries and video tour diaries. Here you will find ‘No, Jimmy Protested’ and ‘I like girls who eat carrots’ as well as many others. 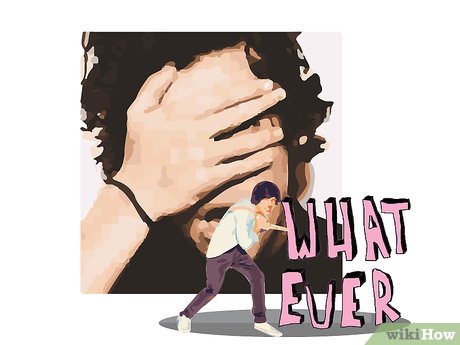 Don’t be easily offended. Many people do not like One Direction, but they enjoy making fun of them and Directioners. We live by a quote, “You can make fun of us fans, but do not make fun of our boys.” In return the boys have said “You can make fun of us but do not make fun of our girls (Directioners.)” That’s love right there. Ignore those who insult One Direction. Do not give them any attention as that is what they want. They may or may not know that you like 1D. You may stand up for the boys but remember, Harry once said “Work hard, play hard, be kind.” So go by that. If you stand up for One Direction then fight for it but be extremely kind. Flatten them with kindness. Some people don’t like One Direction, but they might know you like them, and they are very respectful about it. (i.e. If a One Direction song comes on, they cringe and maybe say a remark, but keeps to themselves.) Shower these people with flowers (not literally) for being respectful, do not complain about the cringe or remark. 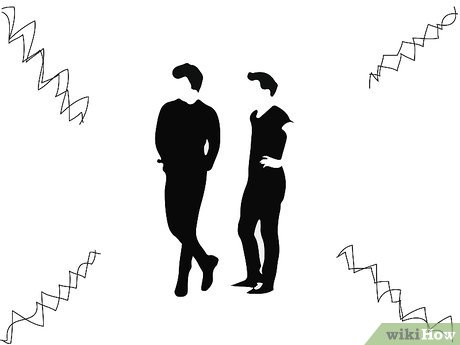 Respect other Directioners equally. We Directioners are all family. Many times, some Directioners turn on each other and cyberbully those for silly reasons. So, if you want to be a Directioner, the biggest and greatest thing you could do is to respect other Directioners and their opinions. If a Directioner confronts you rudely (which, should be rare, but it happens.), calmly tell them to leave you alone. Sometimes you can also make a conversation out of it. See their side of the story. But don’t be rude!
The One Direction fandom can be very mature and very dark at times. Those that are the age of 10 or younger, of course you are welcome to join the fandom since all of us are family but be warned and watch out of the doings of your older Directioners.

5. Know that, no matter what, One Direction love you very much 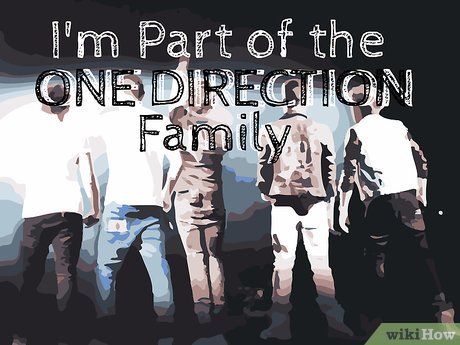 Know that, no matter what, One Direction love you very much. And they respect you for your love and your support.