Calculate Weighted Average
A weighted average, otherwise known as a weighted mean, is a little more complicated to figure out than a regular arithmetic mean. As the name suggests, a weighted average is one where the different numbers you’re working with have different values, or weights, relative to each other. For example, you may need to find a weighted average if you’re trying to calculate your grade in a class where different assignments are worth different percentages of your total grade. The procedure you use will be a little different depending on whether or not your total weights add up to 1 (or 100%).

Method 1 of 2:Calculating Weighted Average When the Weights Add up to 1 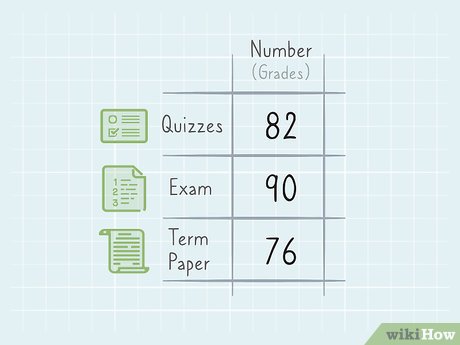 Gather the numbers you would like to average. You’ll need to start by assembling a list of the numbers for which you’d like to find the weighted average. For example, if you’re trying to find a weighted average for a series of grades in a class, first write down each of the grades.
For instance, maybe your total grades are 82 for quizzes, 90 on your exam, and 76 on your term paper.

2. Determine the weight value of each number 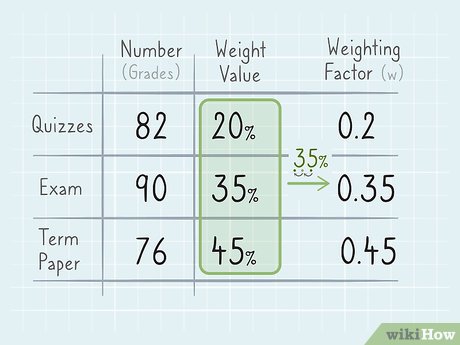 Determine the weight value of each number. Once you have your numbers, you’ll need to know how much each of them weighs, or is worth, as part of your final average. For instance, in your class, the quizzes might be worth 20% of your total grade, while the exam is 35% and the term paper is 45%. In this case, the weights add up to 1 (or 100%).
In order to use these percentages in your calculation, you’ll need to convert them to decimal form. The resulting numbers are called “weighting factors.”

3. Multiply each number by its weighting factor (w) 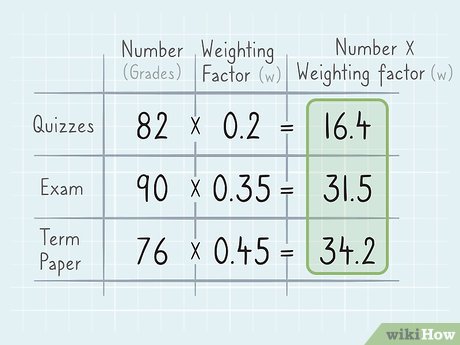 Multiply each number by its weighting factor (w). Once you have all your numbers, pair up each number (x) with its corresponding weighting factor (w). You’ll be multiplying each set of numbers and weights together, then adding them all up to find the average.
For example, if your total quiz score is 82 and quizzes are worth 20% of your grade, multiply 82 x 0.2. In this case, x=82 and w=0.2.

4. Add the resulting numbers together to find the weighted average 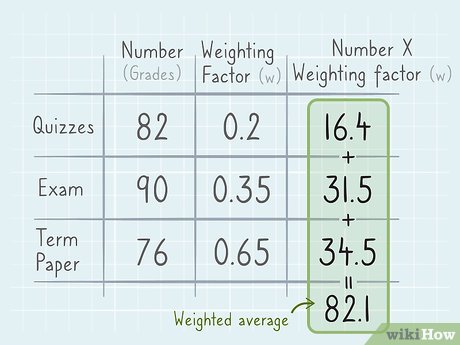 Method 2 of 2:Averaging Weights That Don’t Add up to 1

1. Write down the numbers you want to average 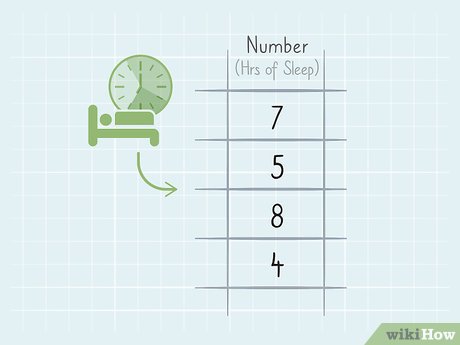 Write down the numbers you want to average. When you’re calculating a weighted average, the different weights will not always add up to 1 (or 100%). Either way, start by gathering your data, or the individual numbers for which you’d like to find your average.
For example, maybe you’re trying to figure out how many hours of sleep you get each night on average over the course of 15 weeks, but it varies from week to week. You may sleep 5, 8, 4, or 7 hours a night.

2. Find the weight of each number 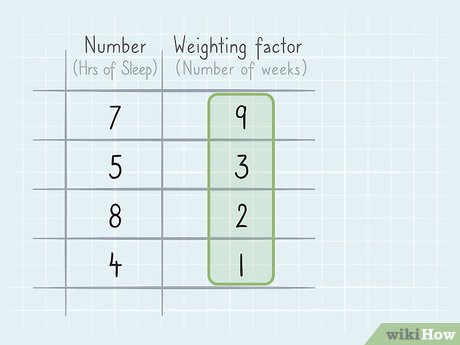 Find the weight of each number. Once you know your numbers, figure out the total weight associated with each number. For example, let’s say that on average, over the course of 15 weeks, there were some weeks when you slept more hours per night than others. The weeks that are most representative of how much you usually sleep would have more “weight” than the others. You would use the number of weeks associated with each amount of sleep as your weighting factor. For instance, putting the weeks in order by weight:

3. Calculate the sum of all the weights 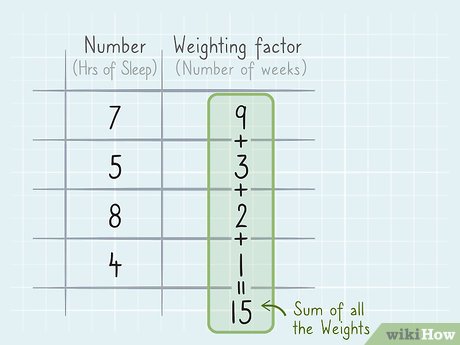 4. Multiply the numbers by their weights and add up the results 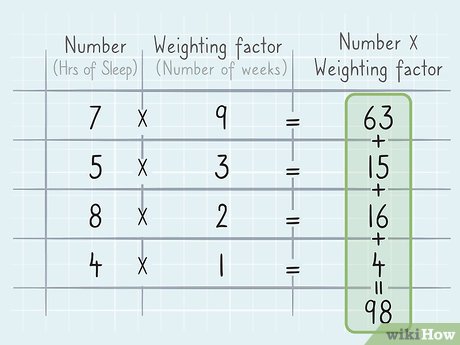 5. Divide the result by the sum of the weights to find the average 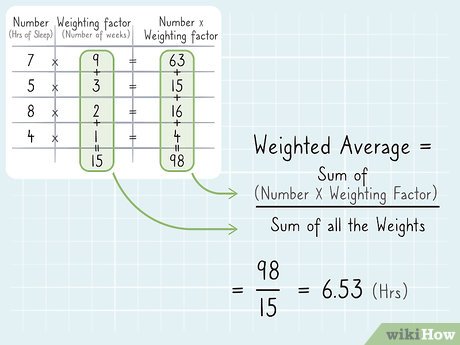